A Tour of Hidden Places. Part 1. The World Places

Hello, dear users and visitors of uwow.biz project. I’m not going to beat about the bush and get right to the point! Well, dear players, have you ever thought why World of Warcraft client has such a great size unlike any other mmorpg? Perhaps, you suppose that this is because of a great amount of abilities, creatures, bosses and decorations…I agree, all of it takes a lot of place in client, but no less place is occupied by hidden locations which are difficult to get into. The same goes for beyond-instance-locations. For those who don’t know what the beyond-instance-locations are, I’ll try to explain… Blizzard is quite a big and hard-working organization and does everything with a high level of responsibility. If they create a dungeon or a raid, it means that beyond the allowed borders they will create a lot of unnecessary places to create an image of completeness and immensity. And very often these locations reach absurd lengths. For example, well-known instance The Battle for Mount Hyjal has some more locations from real Azeroth, namely, Winterspring, Felwood, Ashenvale. The original differs from copy only in the absence of water. Here is a screen for comparison: 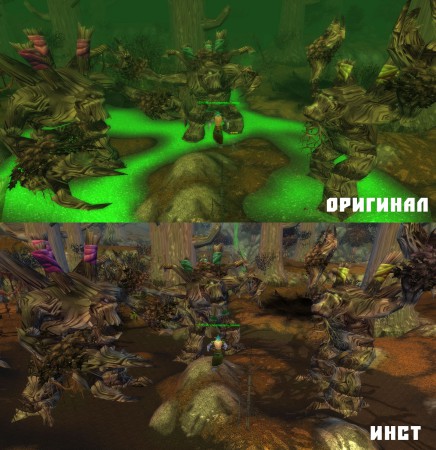 And such situation is almost in every instance ... One may ask why Blizzard has done it all ... If the developers didn’t make so big "beyond-instance-locations", the client size would be twice as smaller... But they do it intentionally...And if they do, inquisitive human mind tries to explore and conquer, and my mind is not the exception. Fortunately, the rights of "game master" provide such possibility. Now I will tell you about the most interesting and colorful of these places, but which are in the world, in other words, I’ll give you a tour in a written form. Perhaps some of these places will be old, and some will be truly unique.

Let’s start with the most eye-catching LK location, Hyjal. I think, it’s difficult not to notice such a big untouched space on the map. It is very similar to modern Hyjal, but rather, on its northern part. Some places are almost a copy, except for small objects, colors, vegetation and the houses were reconstructed, trees enlarged or just some settlements appeared. But, as you may have noticed, in general location it is very similar to the one that currently exist. When I first got into it in the LK I was surprised by its beauty and grandeur, and I am very glad that it appeared in the game and did not remain "secret location" later, but for the likers of LK it remains a "desirable".

Since we have begun to reveal the "white spots" on the map, let’s move on to the next untouched area. At this time, it is in the Eastern Kingdoms. And these are actually two locations at the same time: Stratholme and Quel'Thalas. The first is a likeness of the lighthouse, port and the ruins: 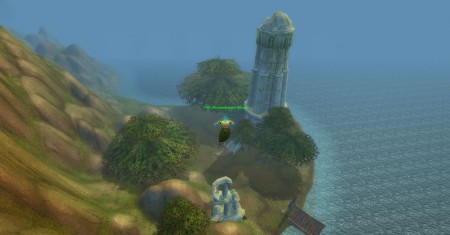 Well, as for Stratholme…A part of instance Strathholme and to be precise, the first quarter, called the Royal Square. There is nothing to screen here since it’s a complete copy of instance. By the way, in Cataclysm, «World Stratholme» has been fixed and it became a full copy of the instance version. However, the purpose of such fix Is unknown because it didn’t obtain some functions. Moreover, the Stratholme itself has «beyond-instance-location» which represents the half of coloured and the half of white Eastern Plaguelands. I don’t know why Blizzard like Stratholme but it can be found beyond the Naxxramas as well. Most likely this is due to the fact that an old Naxx began at the end of Stratholme. There is nothing interesting as well. In fact, the rooms themselves were hung over Stratholme and its beyond-instance-location: 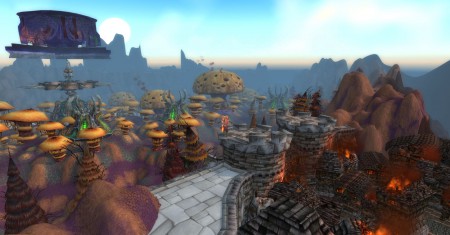 At the upper left are the halls of Naxxramas, on the right is Stratholme is, and the Eastern Plaguelands are between them and it’s all one place, namely, «beyond-instance» of Naxx which is also a hidden location.

Zul’Aman has a very similar story. At the times of LK it didn’t exist in the «world», or rather, only the first corridor existed. But after Cataclysm when the instance has been rebuilt, its full clone appeared on the real map. There are no any differences between the clone and the original except for absence of water and creatures, although the waterfalls remained, though it’s unclear from where and to where they are flowing. Alas, the role of this area is unclear for me as well, since it is not used but occupies the place on the map and in our clients.

That’s all for relatively familiar places. Then follows totally mysterious and strange locations. The first one is the location beyond Deepholm. In fact, it’s just a variety of textures, which couldn’t be logically united, but it’s quite beautiful here: 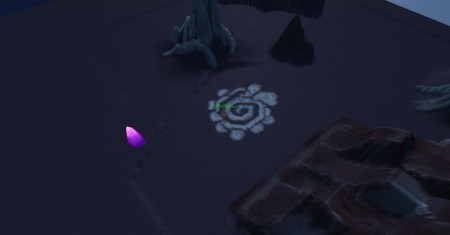 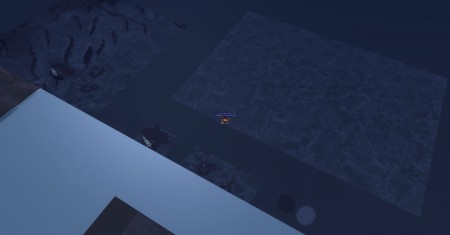 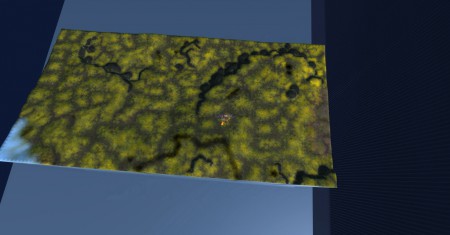 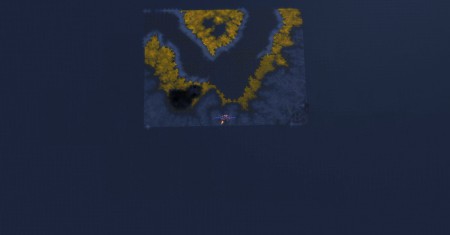 I was a little surprised when met there… Chuck Norris. And even three of them! His texture is not a kind of creature. Having flown over this location, I understood that this is a test zone for landscape or something like that, but it’s still unknown why it was necessary to stick it to the game zone… Oh, Blizzard, how mysterious you are!

Well, now I’m going to tell you about the isle, the existence of which I am most likely able to explain. It is located in Pandaria and hidden in very thick fog, which is present in most parts of the island. Without thinking, we called it the "Island of Silent Hill." Since it has no other name, we gave it this one. What is located on it? Firstly, as I said before, a thick fog, secondly,the jungle from Krasarang Wilds, thirdly, toxic puddles and debris from the Dread Wastes, fourthly, huts, as in the Valley of the Four Winds (we didn’t manage to come closer, thick fog spoiled everything), fifth, the cave with the same entrance as the entrance to the Terrace of Endless Spring, well and in the sixth, this magnificent temple, which stands in the center of Vale of Eternal Blossom. 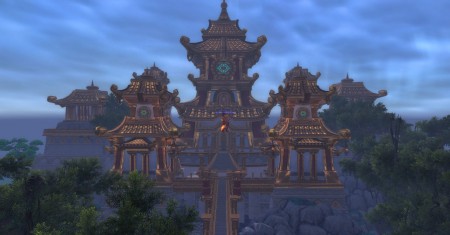 The island itself has the size four times smaller than Vale of Eternal Blossom. So, a small island combined almost the whole Pandaria. As for its purpose, I suppose it was the first variant of Isle of Thunder, since geographically it is situated in the same place where IT but only in Pandaria itself. But, apparently, for some reason it remained unused.

And finally, here is really «useless» place, since at least you can enjoy the previous locations or somehow explain them 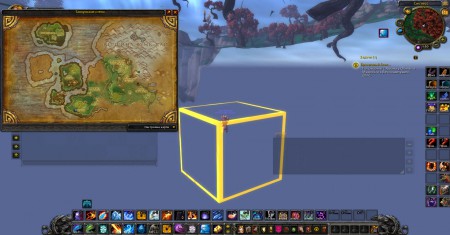 In further articles I will tell you about beautiful places but which are situated in the dungeons, raids etc. or which are unfinished dungeons themselves.