Hello, dear readers. As you may have already noticed from this article’s name, we continue to talk about class add-ons for WoW. And today we will take a look at Mage modifications.

Bitten's SpellFlash: Mage
Bitten’s SpellFlash: Mage is a SpellFlash module, which is developed for Mages only. The module enables you to optimize the rotation for all three specializations, so you can achieve maximum DPS. Of course, the add-on can’t react situationally, however if you want your actions to repeat, it’s the right add-on for you.

Mage Nuggets
This modification has a lot of quite useful functions for all Mage specializations. One of the features is that it tells the player about his procs. Also it has portal menu with teleportation coordinates. Mage Nuggets tracks your DPS, taking into account character’s stats as well as applied positive affects. 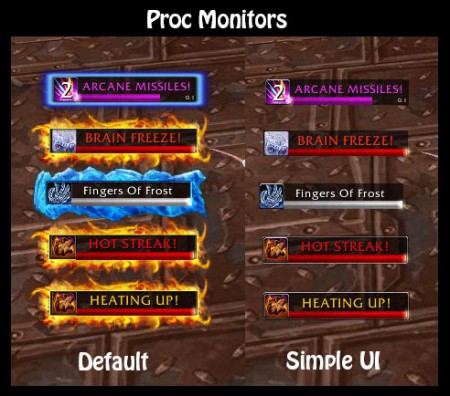 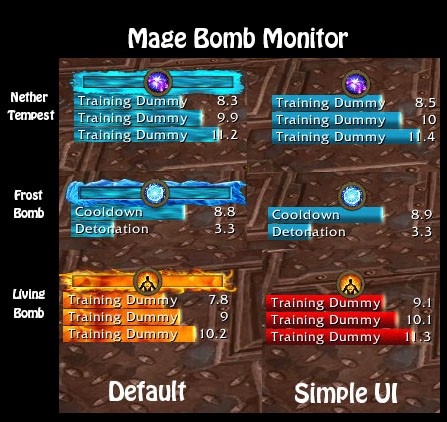 SpellStealer
It’s quite a useful modification for all Mage specializations. It shows useful buffs, which Mage can steal from the enemy. This simple add-on pops up a small frame with a list of stealable buffs on your current target. The only thing you should do is to click the button to steal the buffs. 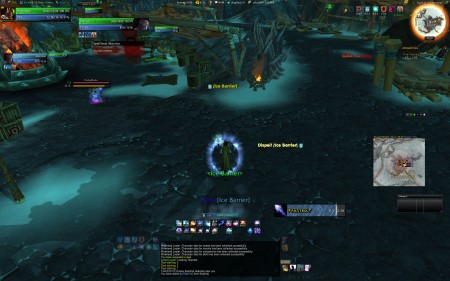 myBigIgnite
MyBigIgnite is developed for “Fire” Mages. It simplifies the tracking of classic Mage buffs. It shows buff cooldowns and possible damage from the spells. Thanks to its modular structure, every function can be separately activated and optimized. It has wide range of functions, which allows you to customize it to your taste. 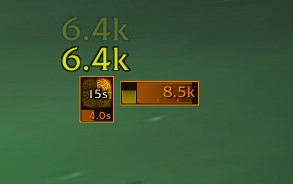 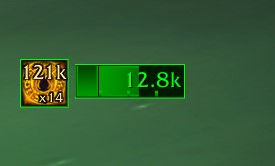 Scorchio!
This add-on shows DoTs’ debuffs on multiple targets. It tracks the spells and the procs: «Nether tempest», «Living bomb», «Ignite», «Pyroblast», «Combustion» and so on. It can also give you warnings and notifications when the debuffs need reapplying.

wPortals
It’s a small, but a very useful add-on. It creates a mini frame to show all of your teleport and portal spells, which you have learned.

Frozen
This modification is made for “Frost” Mages. It helps to use your “Frost Nova”. It tracks a possible action of “Frost Nova” on the target. Frozen is useful if there are several targets in front of the player. This add-on’s frame is simple to customize and it will suit almost any interface.

Arcanometer
Arcanometer creates a new bar with mana, bomb timers and proc frames. This add-on has a beautiful texture. You can customize it to your taste by changing its color. There are bomb and talents’ timers. By means of this add-on you can track your procs easily without any problems.

Mage Fever
It’s another add-on, which tracks buffs and procs. Mage Fever is simple in use and it doesn’t need any kind of add-on modules. This add-on’s frame hides when it’s not needed and appears when your character is in combat.

DoTimer
This modification serves as a timer for buffs, debuffs and so much more. Also one of its functions is to track cooldowns of your spells. The main issue of this add-on is that the frame is fixed in a window. If the Mage deals damage to two or more targets, a new timer frame will appear for every single one of them. But the player can customize every frame to his taste and control every available timer. 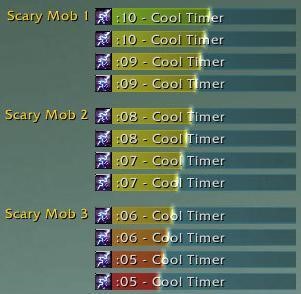 That’s it for our story about class add-ons for Mage. We looked through the main modifications only, but we hope that you have found what you were looking for. Have a good game!