Hello, dear readers. You should be surprised by the fact that we touch upon the topic of World of Warcraft addons again at our blog. However this topic is rather extensive and covers all the game aspects of any WoW realm, including those on the free server uwow.biz. And today the subject of our article will be the achievement addons review.

_NPCScan
This is probably the most popular addon. It helps with the NPC search and alert when the mob gets into the working range of the modification. Just imagine how much easier it will be to get the http://www.wowhead.com/achievement=2257 achievement, for example. If you install _NPCScan you will not need to look closely at every mob at their respawn points. You may just fly over this territory and the addon will scan presenting NPCs on its own.

In addition to this addon you may install _NPCScan.Overlay and _NPCScan.Overlay.Broker, which will add to the map the respown points of rare mobs and possibility to switch off this function. By the way, if there are several rare mobs at the location, this addon will mark each of them with the different colors on the map. This is very convenient if you are looking for some definite mob. 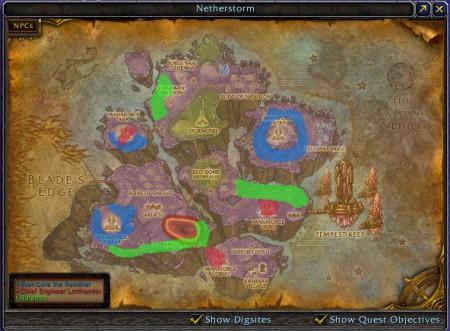 RaidAchievement
This addon helps to track achievements connected with the dungeons and raids and with the killing of bosses. In the instances this addon shows what you need to do to get one or another achievement. Also, it shows all the achievements at the chosen location and even suggests the best way to get them. If you are playing at Mists of Pandaria or newer version you will need to install RaidAchievement_OldModules, to track achievements in Wrath of the Lich King and Cataclysm instances.
If you want to be advised of the tactics for getting achievements, you will need to install AhievementsReminder in addition. 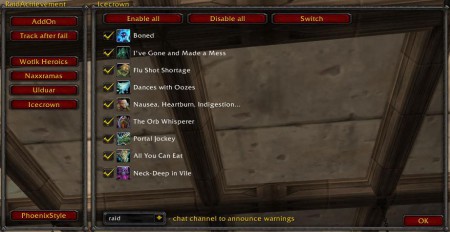 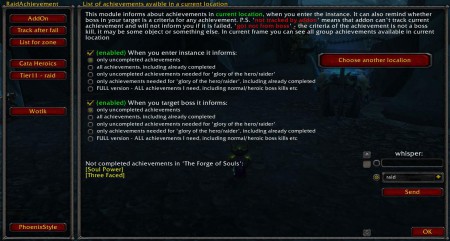 Rarity
Wonderful addon which helps in farming of rare items. It is especially useful for collectors, who are chasing rare pets and mounts. It displays the drop chance in percent and tracks the farming progress. Rarity also supports tracking drops from various bags, containers, bosses and other NPCs. It also tracks the drop of archeology and fishing items. There is a possibility of tracking of the recipes, quest items and very rare elements drop. Among the other functions there are possibilities of statistics correcting and farming time tracking. Moreover, you can configure the addon so, that it will show only the drop chance of the items that are necessary to you. 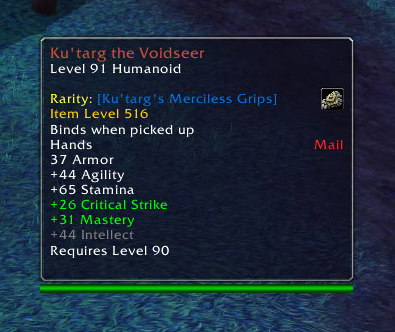 Overachiever
This addon adds extra functions to the standard achievement window. With the help of this addon you may sort achievements on your own taste, using the search line and making minimal efforts. 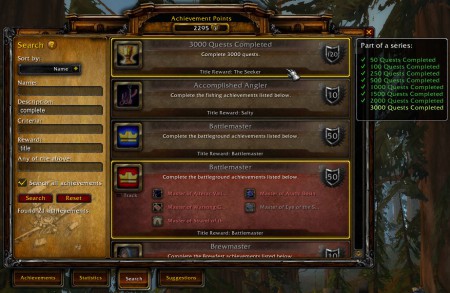 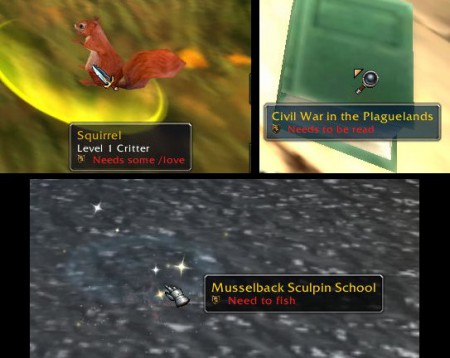 SilverDragon
SilverDragon is useful during the leveling and not only. It contains the whole NPC base of WoW. When the character is at the certain territory, addon marks the locations of all the NPC presenting there. Among the other functions there is a function of mob search. So, you may configure it to search NPC which are necessary for quests, or to search rare mobs which are necessary for the achievements or taming (If you are a hunter). Having detected the mob addon creates separate frame clicking upon which will make the mob as your target. 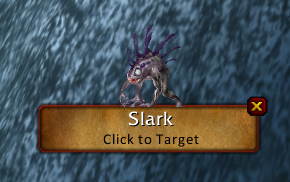 Loremaster
Loremaster will help any player in getting achievements. It will help you to find any quest connected with the achievement you need and even set a mark with the achievement name on the map. By the way, it’s not recommended to use this addon for searching several achievements at the same time, since you will easily get lost among the large amounts of visual information. Addon can work autonomously but for greater efficiency it is better to install it along with TomTom and Lightheaded. Starting from the 5.4 version it is necessary to install Loremaster along with Grail for its stable work. 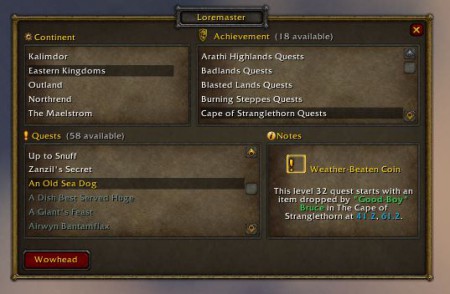 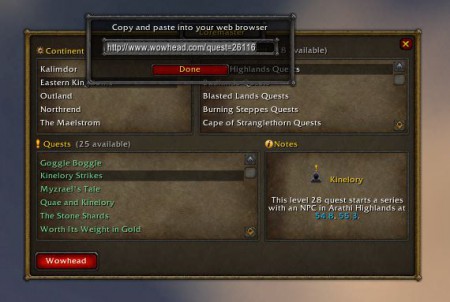 Glamour
Glamour replaces standard Blizzard Achievements Alerts frame. It changes achievement frames and makes them more functional. Thanks to advanced settings you may customize the addon so, that achievement alerts will appear at any place of the screen. In addition, Glamour increases the number of alerts that may appear simultaniously up to 24 (instead of 2). You may choose among several achivement alert frame skins. 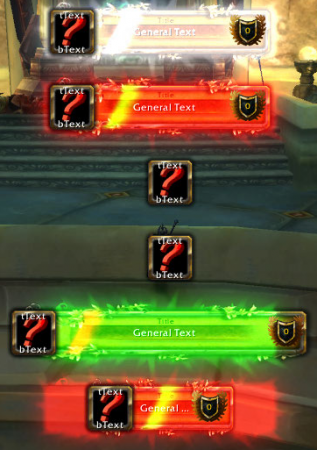 Fake Achievement
This funny addon has very few to do with the earning of achievements. It allows creating your own achievements. Having done some manupulations everyone can link his "achievement" to a chat. You may install this addon just for fun. 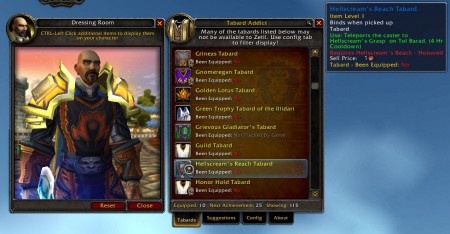 Achieve It
This addon adds a new ribbon to the achievement window. It makes an achievement list navigation easier and more convinient by adding new categories. 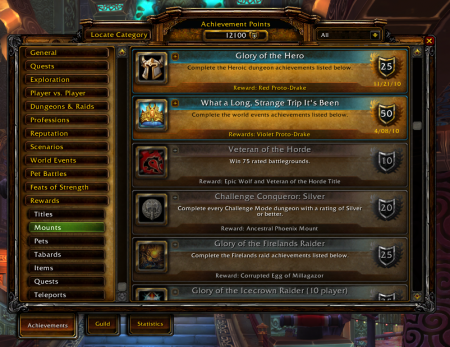 Well, probably, we should stop our narration about the most famous WoW achievement addons here. Leaping ahead, we would like to say that one of the next articles will be about the addons that are less popular, but no less useful.