I welcome all the fans and players of the World of Warcraft once again. If you, dear reader, are playing on another server, but you want to start playing on ours. If you have a close-knit guild, which you don't want to leave, then you should read about our quite new transfer function, namely about the new free guild transfer.

This special offer has been created for the strong and close-knit guilds which, for whatever reason, for example, due to the lack of new bosses, and, therefore, due to the lack of possibility of the guild development, have made up their minds that it's high time to change the server and to play on uwow.biz. By all means, your guild members don't want to lose their gear, in-game currency and other kinds of in-game properties, but you have to move from the server you play on anyway. In this case, you can use the "Free guild transfer" feature.

What exactly is this feature? In fact, this is an approval for 30 characters from one guild to be transfered. But note that, in this case, the approval is free of charge. In other words, this function allows your whole guild not only to move safely from your server to ours, but also you can do it for free. A few minor changes will be applied to your character due to the transfer restrictions. You can learn more about them in paid character transfer FAQ. You can definitely say that it's a quite profitable deal. Note that the guild itself and the Guild Bank won't be transfered. But the players, who created the application, will have their characters transfered.

After discussing everything with your guild members and if everyone is fine having their character transfered, then it's high time to make a transfer application!
To start with, the guild master should send a private message to Marishka concerning "Guild transfer application". In the letter you should point out the following subjects:
- server site
- account login
- account password
- realm, which your guild is on
- character nickname
- guild name
- number of players, which are going to be transfered, at least 30!
- our realm, on which you are planning to transfer your guild:
Lich King: x1, x30, x115, x125, FUN;
Pandaria: x1, x100, FUN
For example: 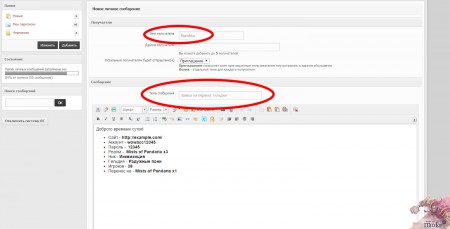 You should wait for us to check and approve your application within three days and only then you will get a promo code.

You should tell the promo code to your guild members. They are to type it in transfer request. Before doing that, you should have an account on our project confirmed by e-mail. 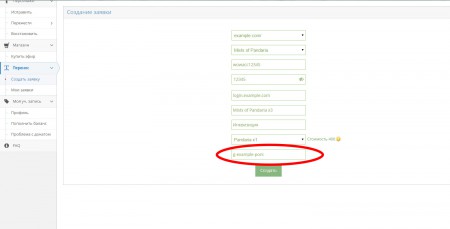 Then, wait till the characters are fully transfered. After that you may continue to play with your whole, close-knit guild.
You can read the deeper details on the forum topic. You can also ask your bothering questions there. We are waiting for you to play on our uwow.biz game project!